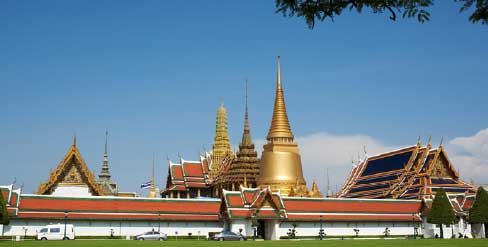 Constructed simultaneously with the establishment of Rattanakosin in 1782 by King Rama I the Great, the complex covers a total area of 60 acres and comprises 2 major quarters; the Grand Palace and Temple of the Emerald Buddha (Wat Phra Kaeo). 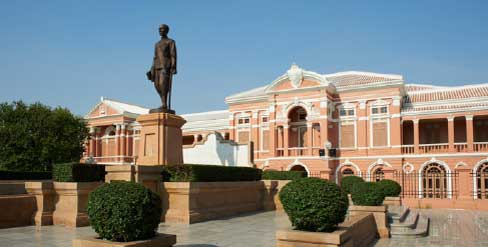 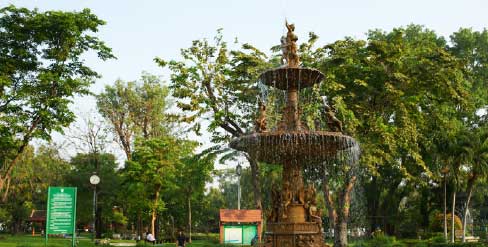 Saranrom Royal Garden was built in 1868 and the park was later created in 1874. There are many interesting monuments and one of them is the memorial of Queen Sunantha Kumareerat who passed away from a boating accident in 1880 when she was still young. 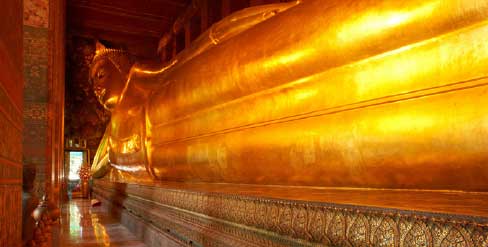 Wat Pho or Wat Phra Chetupon was built in the Ayutthaya Period (1688-1703). The common name is “Wat Pho”, a shortened word of its original name Photharam. Famous for the second largest reclining Buddha image in Thailand. During the early Rattanakosin period, Wat Pho was the centre of various fields of education including traditional Thai massage. 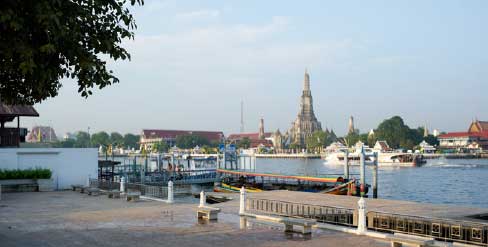 In the past, Tha Tian area was one of the significant communities on Rattanakosin Island. A palace of a prince was constructed on this area in King Rama I’s reign (1782-1809) but it was destroyed by fire. Then, a foreign court and accommodation for foreigners were built before they were replaced with shophouses. Tha Tian market is known for various herbal products and dried seafood. There are the boats shuttle between the pier and Wat Arun in Thon Buri. Nearby Tha Tian Pier is located Nakarabhirom Park.