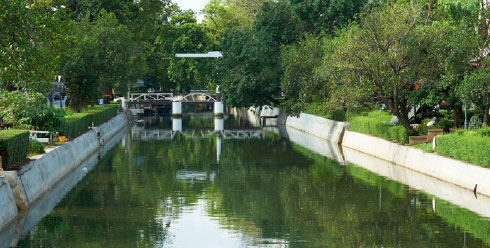 Khlong Khu Mueang Doem is the official name of the inner city moat which was dug in the Thon Buri Period (a short period from 1767 į 1782 having King Taksin the Great as the only ruler). The inner city moats are found in the area of both the eastern and western sides of the Chao Phraya River. The city moat on the eastern side is about 2 km long connecting the river’s curve.