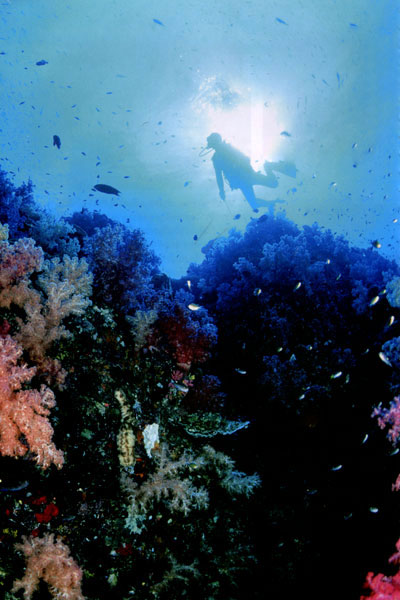 One in the Ten Best Dive Sites of the World

The beauty of the underwater world made up of plenty of red soft coral and red sea fan coral on underwater rock cliff about 60 meters high. Not far away is Hin Muang, the Purple Rock, with underwater cliff of 200 meters long, where numerous purple soft coral can be found. It is also an assembling point for large fish, especially the Manta Ray, and the whale shark. It is ranked as one in the ten best dive sites of the world.

Najlepší čas na návštevu : December to April, with February to march as the prime period

Ako sa tam dostať : The most convenient point is Sala Dan Boat Landing, Lanta Yai lsland, a distance of about 75 kilometre, for a boat trip of about 3-4 hodiny. 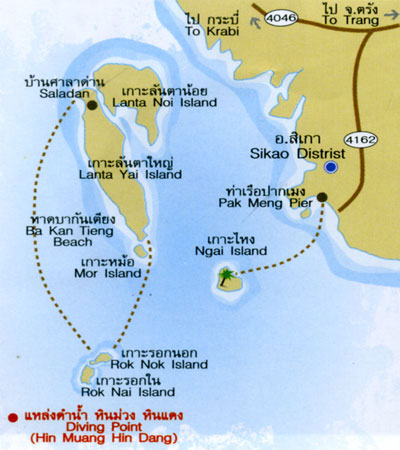