Where Your Clapping Can Link With the Earth’s Force Underground

Nam Phut Propmue is a small pool with simple appearance in Ban Tham Suea, Tambon Ao Luk Tai, located in an area pleasant with peat forest and currents. At close range, several sputtering water can be found, with pressure that can be felt by hands. When you clap loudly, the sputtering water gains force, but the water is cool, not from geothermal force as seen elsewhere. 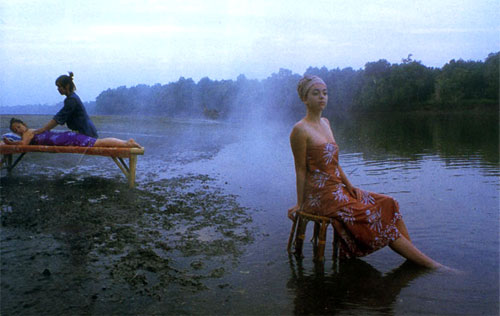 A Miraculous Natural Spa on the Beach

Each month, at the peak of low tide, the Hot Spring beach caused by geothermal heat over the vast beach emerges in the morning. This natural spa is where local residents brought local wisdom in Thai massage into heated steam bath on bamboo bed. Foot spa can be done by putting the feet in warm water or in warm mud. 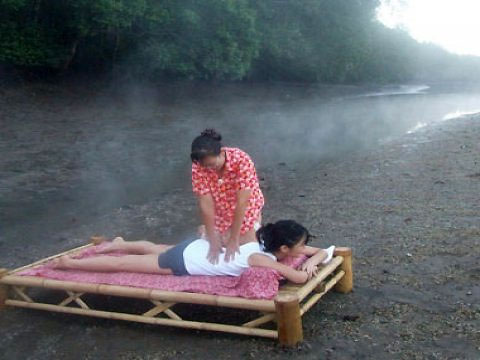 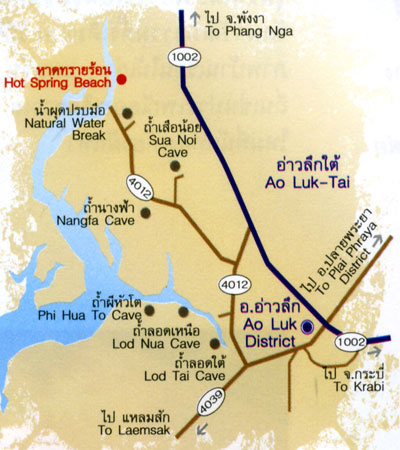 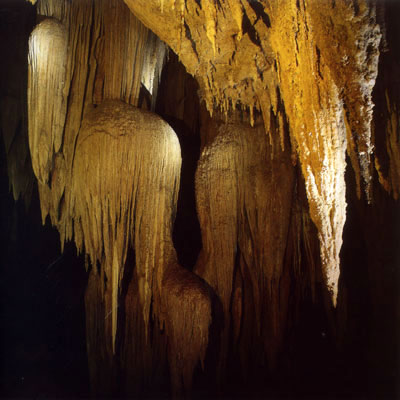 The Best of Asia’s Beautiful Caves

The most spectacular cave in Ao Luk District of Krabi Province, with unique characteristics. From the land cave, visitors can trek to another side and back through the adjacent twin cave. The beautiful stalagmites and stalactites can only be found in the land cave, through the 13 cavities of about 1,200 meters deep.

El millor moment del dia : All day long, but a guide is needed as the cave system is quite extensive and complicated and the unitiated can easily get lost.

Com arribar : From Ao Luk lntersection, follow Highway No. 4 towards Krabi province for about 4 kilometers and take the right turn in fromt if Ban Nai Yuan Khaek School for another 2 kilometers. 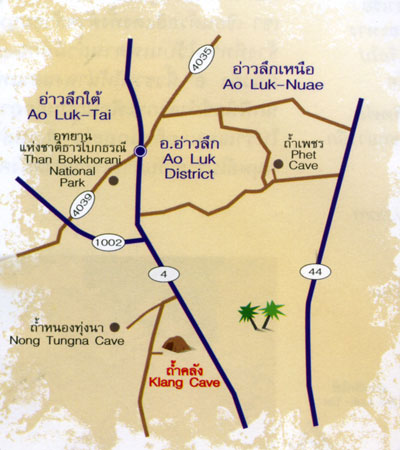 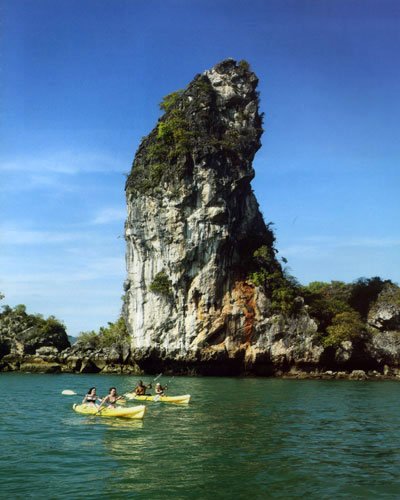 A tiny isle stands singly in the sea, on the route from Laem Sak Pier toRaiIsland. The appearance of the isle, called by local residents as Lao Lotilo, catches the eyes and imagination of all by-passers, as a huge Shiva Lingam standing proudly and shamelessly against all elements. The site is also one of the most interesting canoeing sites in the country.

La millor hora per visitar : Late November to May

Com arribar : From Laemsak Boat Lanking take a long- tailed boat for a trip of about 30 minutes 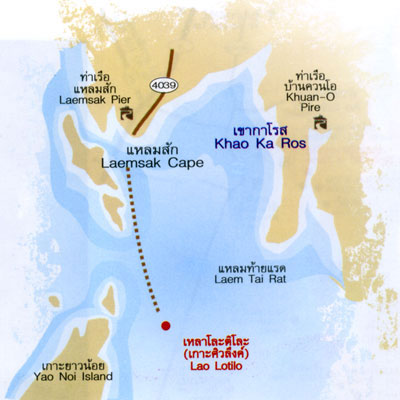 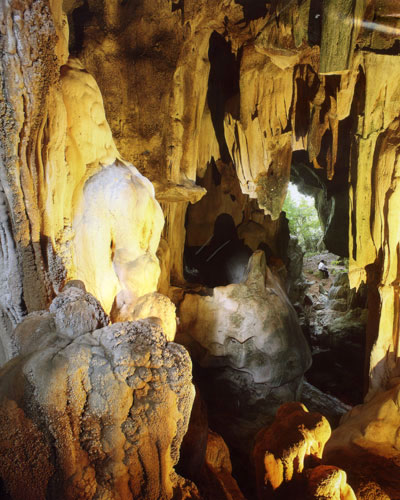 Ao chingchang, to the North of Chong Lad Tai, is also a cave on a hill slope to the end of the beach, offering some adventures for climbing and dropping into the cave with spectacular caverns inside which can lead to the lower chamber. At close range, there are rocks in the shape of custard apples on the floor, mixed with shell fossils. Such a feature can only be found here.

La millor hora per visitar : January to May

Com arribar : From Laemsak Pier, travel for about 20 minutes to the cave. 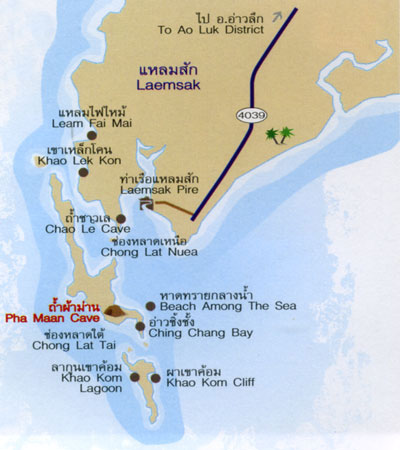