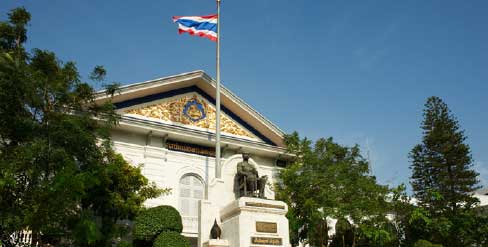 It was the palace in the King Rama II and III periods and became a government office later on. The outstanding feature is seen by the rusticated wall and keystones at ransoms which are usually found in European Renaissance architecture.